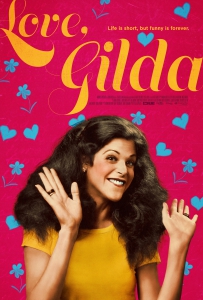 In her own words, comedienne Gilda Radner looks back and reflects on her life and career. Weaving together recently discovered audiotapes, interviews with her friends, rare home movies and diaries read by modern day comediennes inspired by Gilda (Amy Poehler, Maya Rudolph, Bill Hader and Cecily Strong), Love, Gilda offers a unique window into the honest and whimsical world of a beloved performer whose greatest role was sharing her story. 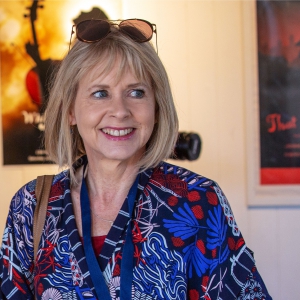 Bronwyn Berry – Producer
Bronwyn Berry has produced scripted and unscripted films and television shows on both sides of the Atlantic.  She recently completed production on the feature documentary Love, Gilda for CNN Films/Magnolia which opened the 2018 Tribeca Film Festival.  In addition, she created and executive produced Durban Beach Rescue, an original docu-reality series for The Travel Channel (2 seasons); and a reboot of Wonderama, the popular New York-based children’s show. (PIX 11, 2 seasons).  Bronwyn’s many credits as producer and director include Talk To Me, the Peabody award-winning documentary for Sesame Workshop; the television series Sesame Street South Africa (4 seasons), and The Wild, a scripted series that she also created. A graduate of the University of Johannesburg, Bronwyn is a member of the Producers Guild of America and NYWIFT.  She currently resides in New York City.